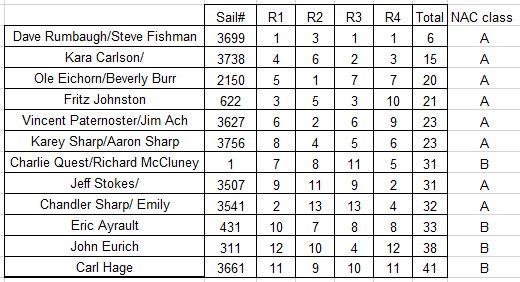 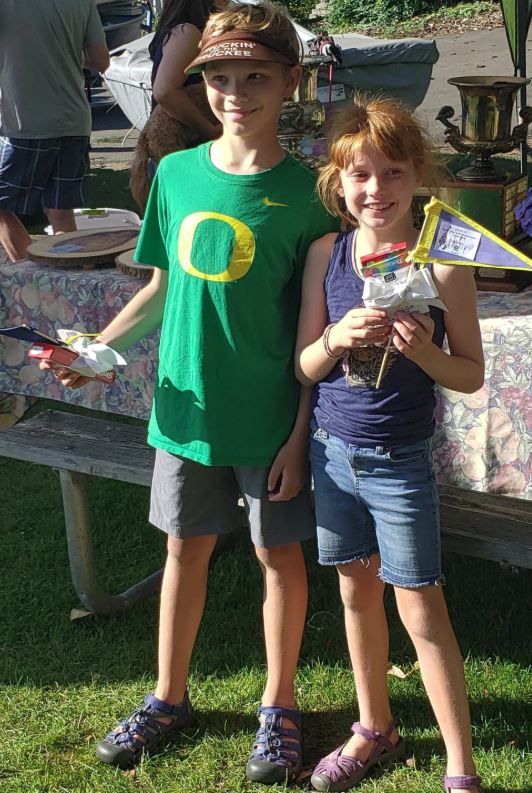 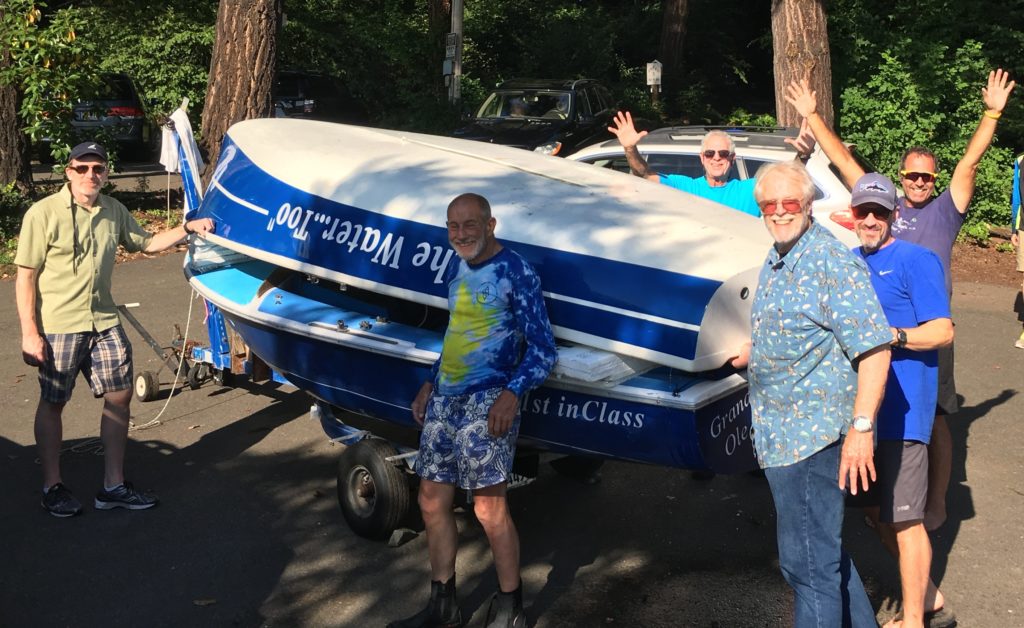 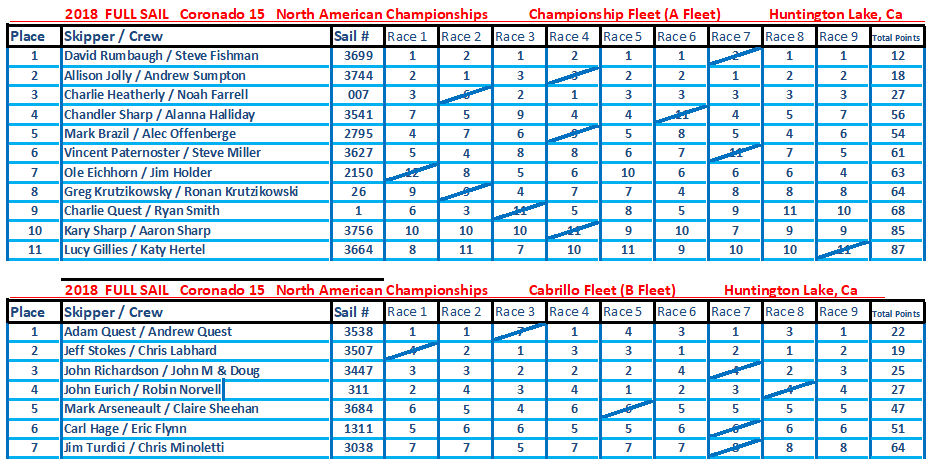 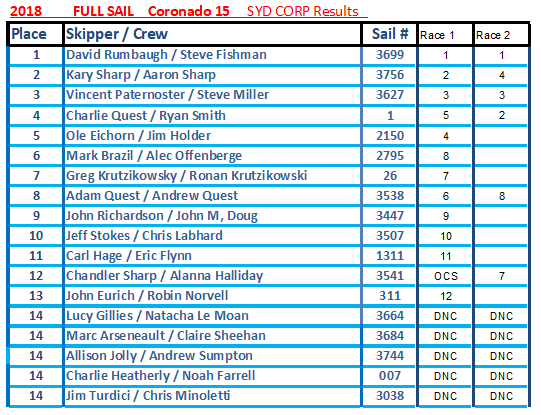 Thank you Full Sail Brewing Co. for sponsoring this event! 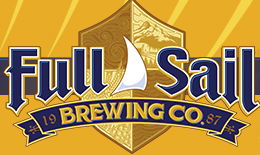 Nineteen (19) teams brought their Coronado 15 sailboats to the Half Moon Bay Yacht Club for the 50th Anniversary North American Championship of the C15 racing class. This two-man performance dinghy has been a popular class from its inception in 1967 and has been raced from coast to coast by many colleges and by more than 50 public fleets

This gathering in Princeton-by-the-Sea, California, attracted participants from Los Angeles to Seattle and was the largest gathering in more than a decade. The competition was intense, witnessing the joys of victory and agonies of defeat.

Mike Day, the Regatta Chair and PRO, delivered an outstanding performance before and throughout the regatta, coordinating awards, meals, guest housing and providing the most appreciative sailors with a rarely achieved total of 20 races over the three day event. Many starts, many mark roundings and many close and exciting finishes. It was the stuff that builds a memorable regatta.

John Eurich, the Coronado 15 Association Commodore, contributed a monumental effort in recruiting participants, raising the awareness that this was the 50th anniversary, engaging Frank Butler, the designer of the C15 and the president of Catalina Yachts, who joined the celebration by presenting the participants and race committee with commemorative tee shirts.  John also produced a commemorative plaque to be presented to Mr. Butler and Catalina Yachts, and also repaired and tuned C15 dinghies for guest participation.

Throughout the competition, Dave Rumbaugh, a multi-time champion, and teammate, Steve Fishman, were the “class of the class” in the Syd Corp Series, but fate did not grant them the championship victory as a broken boom caused them to miss two races.  Their sterling effort to recover fell a single point short as Barrett Sprout, another multi-time champion, and his crew, Todd Best, held off the late charge by Rumbaugh and Fishman to capture victory and be crowned champions in the 50th year anniversary regatta.

Ofer Amir and Kent Arndt easily captured the Cabrillo Fleet title, although John Eurich and Robin Norvell gave them a run for the money by leading after the first seven races.  Ofer and Kent will likely graduate themselves to struggling up the ranks of the Championship Fleet.

Karey Sharp took the Junior Championship with three bullets.  Her crew was her Dad, Aaron Sharp.

Another highlight of the regatta was the participation of the very first Coronado 15 built in 1967. Hull #1 was sailed by Charlie Quest and Nate Salpeter, with the name of Grand Ole Gal and labeled First In Class. They brought her home to an eighth place finish among eleven boats in the Championship Fleet, proving the durability of the design and boats created by Frank Butler and Catalina Yachts.

It would be remiss not to mention the undeterred spirit of Mark Brazil and Noah Farrell, who suffered a tragic car fire that consumed all of their gear and personal belongings, to gather the resources to be on the line for the first race and complete the entire championship series.

Surpassing everything else in the regatta was the wonderful camaraderie shared by all involved and is a recognized hallmark of the C15 class. Competing “hammer and tong” on the water, the racers knew no bounds to mutual support, backslapping and sharing the spinning of sailing lore. The more than 60 volunteers from the Half Moon Bay Yacht Club were equally welcomed and accepted participants in this camaraderie.

With spirits high, the competitors and hosts bade fond farewells and embraced optimism that this largest recent gathering is a sign of the resurgence of the C15 class, as they look forward to the 2018 North American Championship.  The South Corinthian Yacht Club may organize this event, designated to dovetail with the High Sierra Regatta.  It is held at the 7000 foot high Huntington Lake in the California Sierra Mountains, which is widely acclaimed to be most enjoyable sailing venue west of the Mississippi. 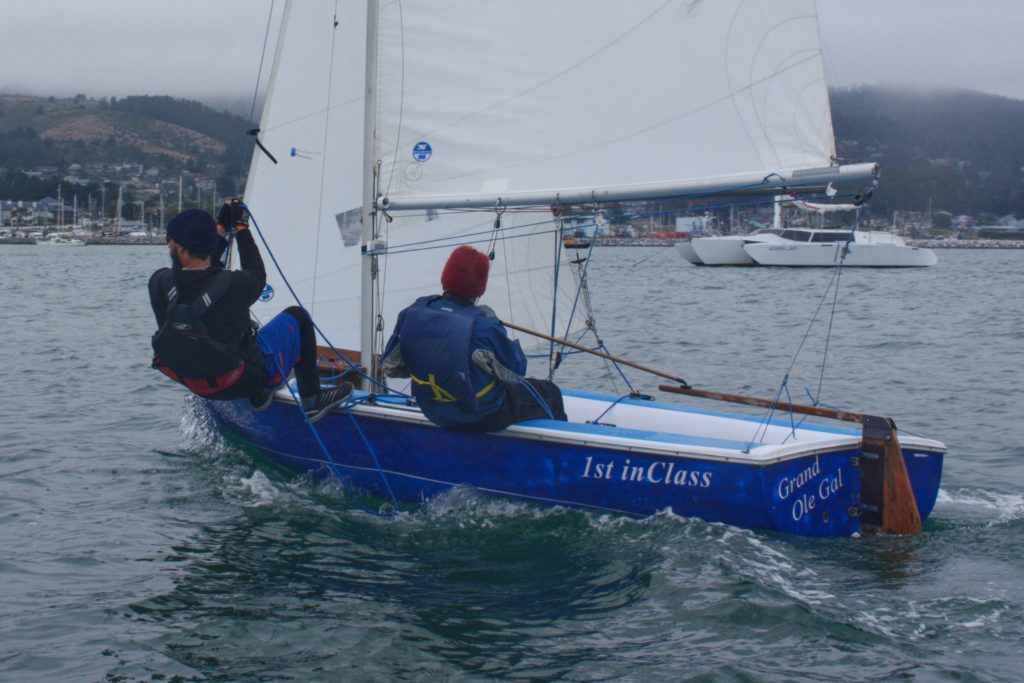